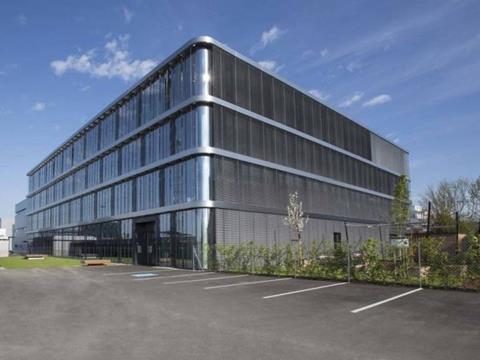 ENGEL continues to grow. The Austrian injection moulding machine manufacturer, automation expert and systems supplier has increased its annual revenues for the third time in a row.

“The markets in Asia have played a big role in the success of the ENGEL Group,” say the directors of ENGEL at the start of the Chinaplas 2017 trade fair, where ENGEL traditionally announces its annual results. “Asia grew faster than average in the last fiscal year, primarily due to China. On top of this, we are benefiting from the strong momentum in Southeast Asia,” says Chief Sales Officer Dr. Christoph Steger in Guangzhou. At the same time, growth in Europe continues unchecked and demand in North America increases further. The directors of the ENGEL Group expect further growth in the new business year, albeit at a somewhat lower level than in the recent past.

Main growth driver: customised solutionsENGEL delivers both individual injection moulding machines as well as integrated turnkey solutions worldwide, the latter accounting more and more for incoming orders around the globe. “Customised solutions are currently our main driving force for growth,” says Steger. “Here, too, Asia, and China in particular, grow at above-average rates.” Apart from injection moulding machines, robots and other automation solutions, the system solutions tailor-made to meet the requirements of the respective applications include process technologies, periph-eral systems, moulds as well as software solutions for digitalisation and networking. ENGEL unlocks the potentials for efficiency and quality particularly well by adapting all components in the manufacturing cell to each other exactly right from the start, thereby strengthening the competitiveness of its customers.

Increased industry expertise in America and AsiaThe development of customised injection moulding solutions necessitates not only especially deep technological know-how, but also an understanding of the particular industry, which ENGEL ensures with its business unit structure. At its headquarters in Austria, ENGEL main-tains separate teams dedicated wholly to the requirements of the automotive, technical moulding, teletronics, packaging and medical industries respectively.

More than two years ago, ENGEL also started to entrench industry-specific know-how locally at its customers’. In a first step, unit managers were appointed in North America for the five business units, and at present ENGEL is introducing a business unit structure in Asia. “We will then also have industry know-how available to us for Asia at our site in Shanghai, thereby enabling us to grow our market position in the five business units further,” says Gero Willmeroth, Sales and Service President at ENGEL Machinery Shanghai. “This is an im-portant step in our efforts to strengthen our technological expertise here in Asia.” “The global trends in manufacturing and increasing process integration or Industry 4.0 mean that we work ever-more intensively with our customers over the complete lifecycle of the machines and manufacturing cells,” Christoph Steger underlines. “More and more, we are becoming part-ners in the endeavour of continuous process optimisation. We are implementing our new structures to meet the needs of this development.”

Remote maintenance and condition-based predictive maintenance are just two of the possibil-ities leading to closer cooperation in after-sales. At Chinaplas, ENGEL presents both its estab-lished as well as new innovative smart service solutions. “Industry 4.0 is rapidly gaining im-portance here in China,” says Willmeroth. “The major international players have been tackling this issue for a long time and have first successes to show. Many other companies still find it difficult to deal with digitalisation and networking. This is where we see our role to support our customers with their very special problems to enable them to make full use of the fourth in-dustrial revolution and to accompany them on their road to becoming smart factories.” ENGEL has fully developed products that have proven themselves time and again around the world for all three parts of the smart factory – smart machine, smart production and smart service – thereby enabling it to fall back on vast experience in this field.

Bigger service teamsENGEL is changing its organisational structure and hiring new staff worldwide not only in its sales department, but also in service. It appointed a service manager for Southeast Asia for the first time as of 1 April. Dave Lock comes from Great Britain, has lived in Thailand for five years and has a wealth of experience in production in both Asia as well as Central America and Europe to contribute to his new role. He will henceforth coordinate the service teams in the various countries of Southeast Asia and remain in constant contact with headquarters in Austria.

ENGEL has realigned itself completely in Southeast Asia and established a regional hub in Bangkok to this end. “The new structure has already produced successes,” says Steger. “We have been able to strengthen our position in Southeast Asia further in the last months.” One important task of the hub is to supply customers with spare parts. The new spare-parts store started work in May. “We now have spare parts worth 8 million euros in stock on site in Southeast Asia,” says Steger. “We can deliver stock parts to the important industrial centres of the ASEAN region within 24 hours.” In the past, spare parts for Southeast Asia came main-ly from China. The new concept of a Free Trade Warehouse Zone (FTWZ) has eliminated trade barriers in operational business. In this way ENGEL will achieve significant time and cost benefits for its customers. 100 million euros annually for extension of plantsENGEL is currently investing more than 100 million euros per year in the extension and mod-ernisation of its plants. One of its largest projects worldwide is the expansion of its headquar-ters in Schwertberg. Additional space of 10,000 square metres has been erected in the south-ern part of the premises. It includes offices, a childcare centre for the children of staff mem-bers and an even bigger and more modern apprenticeship workshop. In the next step, the production shop at the northern end of the factory site, built in 2013, will be expanded and a new customer technology centre built.

At the same time, the two large-scale machine plants in St. Valentin and Shanghai will be en-larged. “Building work in Shanghai progressed well over the winter,” says Willmeroth. “We plan to inaugurate the new production hall together with our customers and partners in Sep-tember.” This is already the second major expansion since ENGEL Machinery Shanghai was established exactly 10 years ago. A new apprenticeship workshop has also been built in Shanghai as part of the expansion project. At present, 45 apprentices are training there as CNC, mechatronic and plastics technicians.

Workforce to top 6,000 soonENGEL is counteracting the increasing lack of skilled labour worldwide effectively by training young people in technical jobs. Around 180 young men and women are currently in appren-ticeships in the company’s Austrian plants. In addition to this, ENGEL trains its own upcoming stock of skilled workers in China, the Czech Republic and Germany and is increasing its in-volvement in the advanced education and training of graduates with a special international sales trainee programme.

Towards the end of fiscal 2016/2017, ENGEL employed more than 5,900 personnel world-wide, more than ever before in the company’s history. The workforce has grown by 10 per-cent on average over the last three years. “We will pass the 6,000 mark in the first quarter of the new business year,” Christoph Steger announces. ENGEL is increasing its workforce to meet the needs from growing sales and changing requirements in the plastics industry. “In-dustry 4.0 means we will need more highly qualified personnel in future,” said Steger.