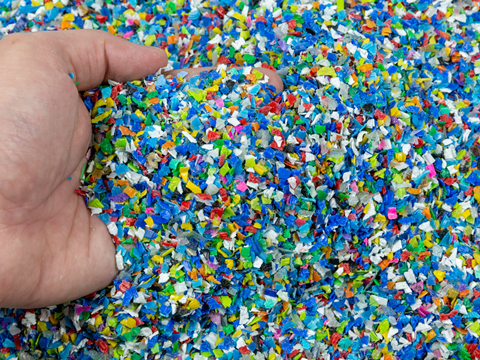 Waste management company Biffa has announced its involvement in the Poseidon Project, a cross-industry initiative aiming to create a process to chemically recycle harder grades of PET material.

The project, which has recently received £3.4 million of funding from UK Research and Innovation, is set to start in early 2021. Other parties involved include Poseidon Plastics, Dupont Teijin Films, Alpek, GRN and O’Neills.

Earlier this year, Biffa opened the first stage of its £27.5m rPET recycling facility in Seaham, UK, which is reportedly capable of processing the equivalent of 1.3bn plastic bottles each year. The company says that this new plant will play a critical role in the Poseidon Project.

At the Seaham site, Biffa will separate out the difficult to recycle PET plastics, such as coloured PET and trays, and supply this as feedstock for the project. At a new facility in the North East that has been designed to demonstrate the chemical recycling process, Poseidon Plastics will use its chemical glycolysis technology to break down the PET waste, removing colours and other materials to produce the final product, called BHET.

The BHET can then be transformed to produce a “virgin plastic-like material” that can, according to Biffa, be recycled time and time again in plastic bottles, fibres, and film applications.

Poseidon designed and trialled a 50-500kg plant which is being upscaled to a 15,000-tonne demonstrator plant, and Biffa will be providing the feedstock to this plant.

Mick Davis, chief operating officer for Biffa’s resources & energy division, comments: “The Poseidon Project has the potential to become a meaningful building block in expanding the UK’s recycling infrastructure, to create a more sustainable future. This is a great example of the circular economy in action with stakeholders from across the supply chain being involved.”