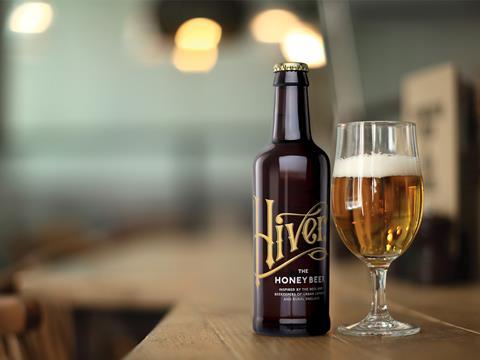 Packaging is often described as 'the silent salesman', creating subconscious connections with consumers at the crucial time of purchase. Visual performance in increasingly crowded markets has become vital, arguably even more so than physical product attributes like taste, sound quality or comfort.

Brand managers are no strangers to developing engaging experiences and they have been tapping into their audience's emotions to refine this for some time now. They understand that if a simple foil crisp bag can sum up everything their brand stands for, then they've done their job.

Yet there are still many brands out there trying to define which emotions are most likely to accelerate brand growth, without first identifying the emotions their brand is already eliciting from their consumers.

The vital clue relies on finding out what unintentional narrative a brand is already telling, we call this taking a brand's 'temperature'. There are no short cuts. You can't borrow other brand's emotions and make them your own, neither can you overlay brand emotions without first recalibrating the current one - be it good or bad.

Fruit juice brand Frobishers took their brand 'temperature' and found that they were not eliciting any consumer emotions, in effect they were simply selling a product in the crowded fruit juice sector.

It took some serious soul searching to move beyond the confines of their product to reveal their heritage in juice based on an unwavering focus on premium produce. This realisation became the platform from which to affirm their deep knowledge of juice.

From this perspective they were able to pinpoint a gap in the market for an alternative fruit juice that was premium, without being preachy. Research indicated that consumers were tired of being told how good something might be for them, they just wanted a brand they could intrinsically trust. By communicating their superior knowledge and a heritage of premium produce, Frobishers now tap into their consumers' emotional need for trust, without the fuss.

Jensen's Gin, on the other hand, was not sufficiently evolved to be gauging its emotional cues. They certainly understood their customers yet after a period of rapid growth, they found their sales levelling out. On reviewing their brand narrative they found they were subtly placing greater emphasis on their product rather than the brand.

Recalibrating their brand communication made them realise they were much more than great gin. They were at the forefront of the craft alcohol movement in London and they had a heritage that other brands could only aspire to. This mixed with a loyal, local following pointed at a strong emotional cue; pride.

London became the focus of the brand. Their consumers' feeling of belonging and attachment is much stronger than their desire to drink a 'new generation of gin', and this is reflected by a brand that loves London as much as they do.

Jensens effectively tapped into their consumer's subconscious pride at being part of London's very DNA.

New brands of course have no past brand temperature to take, so their focus can hone in on what that emotion should be. They may start with a clean 'emotional' slate, yet unless the product is completely innovative, their struggle will be one of breaking through the noise and making a differentiated statement that resonates and aligns with their target audiences emotional status. Deciding what this should be requires defining the emotion they want to trigger based on a clear understanding of its values, and this is not always immediately obvious.

Start-up beer company Hiver had to dig deep to uncover the emotional cues they might evoke in their consumer. Their independence separated them from mass-produced honey beers and pointed at a more bohemian personality, while their passion and attention to detail could also be leveraged emotionally.

The idea of 'Passionate independence' has spawned a brand built on those principles, from using 100% British ingredients and suppliers to supporting pollinator charities with 10% of profits, Hiver do things their own way and appeal to consumers that follow the same mantra.

Ultimately the real power of packaging design lies in its power to tell a brand's emotional story. It is these emotions that can drive purchase behaviour, loyalty, and advocacy. A well designed pack, that keeps the emotional story in mind, doesn't just create better experiences; it creates better experiences that link the consumer to the specific emotion the brand elicits.

Marketers need to remember that their brand will be eliciting some sort of emotion whether they mean to or not, so being in control of that is an important step toward positively connecting with consumers.