The Marchesini Group Acquires 40% of Vibrotech 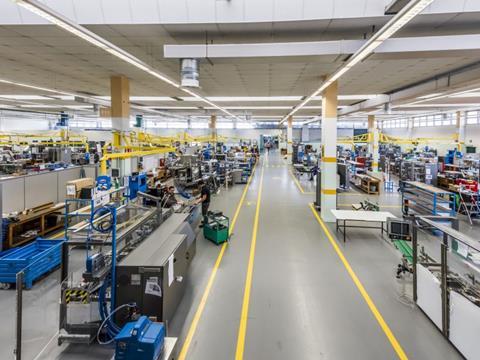 The Marchesini Group has just acquired 40% of the Tuscan manufacturer, Vibrotech S.r.l., in Bientina (Pisa), which makes infeed and positioning systems for automated industrial processes.

Vibrotech started up in 2005 as a spin-off of technicians with twenty years of experience in the pharmaceutical and cosmetic fields. It has been a consolidated business partner of the Group for years.

The take-over of a minority share will not however change Vibrotech’s commercial organisation, as it will continue to work directly with the marketplace and with other packaging machinery companies.

This transaction will also allow Vibrotech and Marchesini to strengthen their businesses as regards the opportunities deriving from the ‘Revolution 4.0’. In a world of Packaging where the processes are becoming more and more automated and where advanced robotics takes the lead, systems that provide sorted and positioned components (and therefore ones that can be handled by robots) are an absolute must.

“We all know by now that no business will be able to escape from Industry 4.0. It’s the real and enormous challenge of the future: it involves investments and new projects and this is why we undertook the transaction, which has launched a development and boosting process that

will continue over the coming months” Pietro Cassani, CEO of the Marchesini Group said. “Marchesini was working on Industry 4.0 well before it ‘came into fashion’, because when you work with pharmaceutical companies, not only do you have to be efficient but you must always be on top of innovation too. We have been working for many years on a variety of robotic solutions and all the machines and software programs are made in-house. We intend to continue this tradition also by enriching our expertise through the acquisition of other companies.

Giuseppe Trotta, the founder of Vibrotech, commented on the transaction: “Just two years ago, during a meeting with the students of some technical schools of our area, I said that I would have liked to take on more youngsters but that it was hard to find the right people. We lose millions in work orders every year due to the lack of qualified personnel, so the addition of the Marchesini Group to Vibrotech will bring fresh air and allow us to grow in a more focused and wider direction”.

The transaction will indeed have positive effects on the short-medium term for both the turnover of Vibrotech (3.2 million in 2016) and for the number of its employees: today’s 25 employees will be doubled in two years, acquiring expert mechanical and automation technicians, but also high-school and university graduates.

When the Marchesini Group announced its acquisition of Vibrotech shares, it also revealed that the recently approved consolidated balance of 2016 had recorded higher values than the budgeted forecasts, both in terms of sales volumes and the profitability indicators. The turnover at December 2016 was 297 million Euro, 9% higher than 2015 and with a gross operating surplus of 21%.

The consolidated portfolio at 30th June 2017 is 340 million Euro (+27%), whereas the orders received in the same period are worth 155 million, 23% more than the same period of the previous year.

The President, Maurizio Marchesini said: “Looking at these figures, we are sure we will exceed the 300 million mark in 2017 and that we will consolidate other important transactions in the near future”.