Plans for 'First in England' 'Virtually All Plastics' Recycling Facility 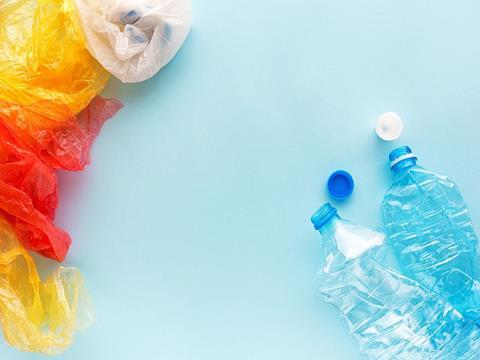 Recycling Technologies Ltd, specialists in feedstock recycling of residual plastic waste, has announced that it is working with Swindon Borough Council and power and waste management specialists, Public Power Solutions Ltd, to assess the feasibility of delivering a world-class, and a ‘first in England’, advanced recycling facility for virtually all-plastics, in Swindon.

Swindon Borough Council (SBC) has been assessing plastic recycling in the region and engagement work around a wider Waste Strategy with Swindon residents revealed the importance of the recycling collection service. As part of SBC’s 10 Year Waste Strategy, the council is now reviewing its current plastics recycling infrastructure, inspired by the recent publication of Project Lodestar. Lodestar research shows the potential for waste site operators to recycle ‘all plastics’ by combining state-of-the-art mechanical and feedstock recycling - the latter supplied by Recycling Technologies - in an advanced Plastics Recycling Facility (aPRF).

Both Swindon Borough Council and Public Power Solutions Ltd have expressed significant interest in Swindon becoming the first site for Recycling Technologies’ RT7000 feedstock recycling machine in England and the second-only in the UK as a whole. The first RT7000 in the UK is planned to be built in Scotland in 2019.

Recycling Technologies has developed and patented a plastics recycling machine, the RT7000 that converts plastic waste back into oil, called Plaxx®, from which new plastics can be made. The machine heats up the plastic in the absence of oxygen to break the waste plastic down into Plaxx®.  This process allows the RT7000 to recycle plastics commonly considered unrecyclable such as plastic film, and laminated plastics such as food pouches and even crisp packets.  Recycling Technologies already has a pilot plant, the Beta Plant, in Swindon that is processing mixed plastic waste and produces Plaxx®.

Adrian Griffiths, CEO and Founder of Recycling Technologies, said “We are delighted that Swindon, the home of our manufacturing facility and HQ, is hoping to also be the home of England’s first aPRF which includes our RT7000 feedstock recycling machine. There is an urgent need for more plastic recycling capacity in the UK to not only stem the flow of plastics into landfill and our environment, but to also create jobs and boost economic prosperity across the region.”

Bernie Brannan, Managing Director, Public Power Solutions Ltd, said: “Working for our shareholder Swindon Borough Council and, having seen the results of the Project Lodestar, we are committed to having a Lodestar-inspired facility in Swindon by 2020 in order to make Swindon the leading council in England for plastic recycling.”

Councillor Maureen Penny, Swindon Borough Council’s Cabinet Member for Highways and the Environment, said: “I am delighted Recycling Technologies is working with Public Power Solutions to develop this exciting plastic recycling technology in Swindon. We are currently developing future action plans on how we manage our waste as part of our recently-adopted 10-year Waste Strategy.

An important part of the strategy focuses on utilising new technologies so this working partnership fits in perfectly to our wider vision of waste management.”