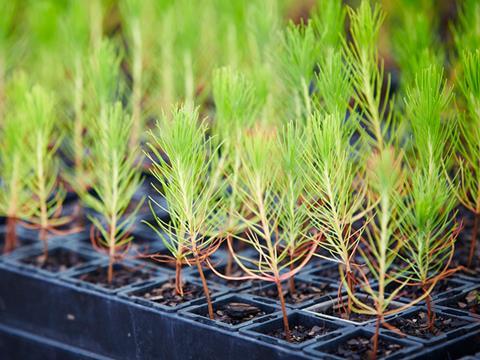 Mondi, a global packaging and paper manufacturer, has announced new science-based targets as part of its commitment to support the global transition to a low-carbon economy.

The targets have been set in collaboration with WWF’s Climate Savers programme and are approved by the Science Based Targets initiative (SBTi), a collaboration between CDP, the United Nations Global Compact, World Resources Institute (WRI) and the World Wide Fund for Nature (WWF).

The first target pledges to reduce scope 1 and 2 greenhouse gas (GHG) emissions by 34% per tonne of saleable production by 2025 and 72% by 2050, from a 2014 base year. The second target commits to reducing scope 2 GHG emissions by 39% per MWh by 2025 and 86% by 2050, also from a 2014 base year. Mondi says that the setting of a science-based GHG reduction target is an important step in supporting the achievement of Sustainable Development Goal (SDG) 13 Climate Action.

Gunilla Saltin, Mondi Group Technical and Sustainability Director and CEO Uncoated Fine Paper, said: “The climate crisis is one of the greatest threats facing society and businesses must play a key role in mitigating its impact. Mondi has already made progress – by reducing our specific GHG emissions by 15.5% since 2014. In 2019, we decreased our mills’ absolute Scope 2 emissions by 21.7% through increased self-sufficiency and purchase of renewables compared to 2018. Yet, we recognise that much more needs to be done and Mondi’s new science-based targets are our next step in the move towards a low carbon economy.”

Manuel Pulgar-Vidal, leader of WWF’s Global Climate and Energy Practice said: “It is essential that science-based targets become embedded in standard business practice and businesses like Mondi are central to this transition. We welcome Mondi’s commitment to reducing its GHG emissions and helping to build a more sustainable business world.”

Mondi says that it has already made strategic energy-related investments across its pulp and paper mills and has invested more than €700 million in modernising energy plants and improving energy efficiency since 2013. It reportedly generates most of its energy in on-site energy plants and says that its pulp and paper mills are net electricity self-sufficient. Mondi also claims that it is increasing its use of biomass to reduce its production-specific GHG emissions to levels recommended by climate scientists to keep global warming in line with a 2ºC trajectory.

Earlier this week, Packaging Europe reaffirmed its goal of pushing the climate crisis to the top of the packaging agenda. In line with this, the practical implications of achieving decarbonization and a circular economy will increasingly be the focus of our discussions.